Thai temples you visit at home. 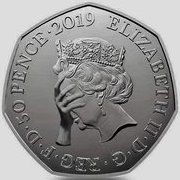 By KhunDon,
February 7, 2019 in Living in your home country

Mrs Thinkingallowed's parents are very religious and the meeting point on our street to feed the monks is the bottom of our drive. When I got myself a couple of pups ten or more years ago one of

How many of you visit Thai temples in your home country, either on a regular basis or just once in a while.  We tend to go to a little place out in the wilds of Devon, called Hartridge Buddhist M