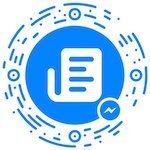 Now this is interesting. I think somebody posted a link earlier to an NYT article pondering why SE Asia has escaped so lightly. Apart from the usual suggestions that it was culturally-normal behaviour