How Essential are the bars being open to your visit to Pattaya? 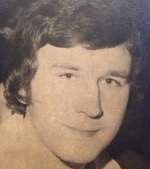 I'm keen to get to Patts to see a mate whose just had a kidney removed but i'm trying to hang on until the bars are open. Patts without the bars and gals just does'nt have any appeal to me.

Won’t be going to Thailand until all nightlife is open. Also will not go until the need to take COVID tests has been stopped. Fully vaccinated that should be enough.

I spent a few days in Pattaya last March before the current lock down and had a lot of fun in the LKM, Buakow, and Boomerang area.  Even though Pattaya is only an hour drive away I've only been back t