If it were possible to have the wish granted, who would you like to shag ?? 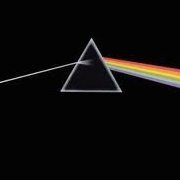 I think I'd struggle to get better than this tbh.

Years ago, I was asked which female I admired by my 'hiso' sister in law. I answered Zena, Warrior Princess (Lucy Lawless). She then asked if I felt threatened by educated women. Apparently, the

There are so many, but in modern day TV, my 3 would be :- Halle Berry Alesha Dixon Rochelle Humes